You are what you eat – and owners need to make sure their dog is getting a good species appropriate diet that gives them all the nutritional support they need to support good mental health – and that they are drinking enough water. Sometimes as dogs get less mobile, they don’t get up and go to their water bowl so often – and a dehydrated brain is an unhealthy brain!

There are however certain conditions that affect older dogs that are not just the normal signs of ageing – and Canine Cognitive Dysfunction (CCD) is one of these. Most behaviour problems that occur suddenly in an older dog are as a result of clinical issues such as CCD so your vet should always be your first point of call. 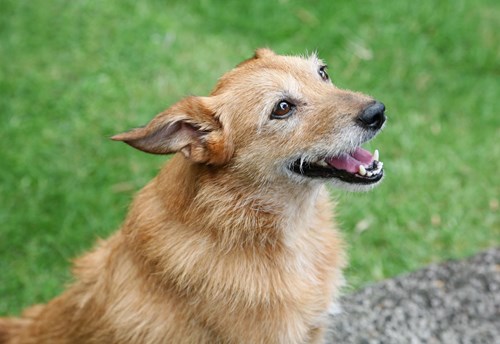 A lot like Alzheimer’s in humans, CCD is a degenerative brain disease, which shows at least one symptom in 40% of dogs by the age of 15 years old. Unlike in humans however it tends not to be diagnosed until in the advanced stages when little can be done to slow it’s progress or reverse some of its symptoms.

The good news however is that if CCD is spotted early, there is medication and supplements that can help slow its progress and may well reverse some of its symptoms – talk to your vet for advice.

Article written by leading Behaviourist and Trainer, Carolyn Menteith as part of a series surrounding caring for senior pets.