In August I talked to Lee Murrell about his dog Henry. Henry is an energetic, intelligent Spanish Water Dog full of character. The youngest at 18months he rules the roost at home where he has two cat brothers, British Short Hairs, Jasper and Banff (named after Lee’s favourite Canadian ski towns!) and Rupert, a two-and-a-half-year-old Hungarian Vizsla and Henry’s best friend. 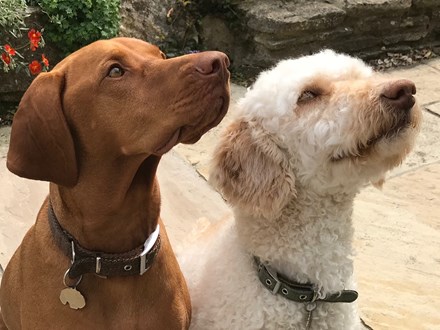 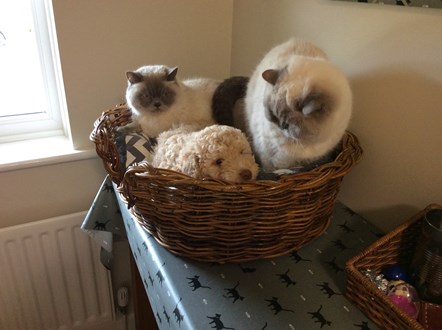 When Henry was first showing signs of being unwell he was less than a year old. He was diagnosed with a rare congenital heart condition called “Cor Triatriatum Dexter”, where too much blood is allowed into the right atrium of the heart due to tricuspid valve dysplasia which means the valve can’t close properly.

Poor Lee and his wife were very worried, Henry had to have a procedure which involved inserting a tiny balloon into his heart and expanding it to correct the faulty valve. This procedure worked and Henry was ok again for a while. Lee recounted “Then in February he had a heart attack, his heart was at 500 bpm (normally 120bpm) and the blood wasn’t pumping round as normal, one side of his heart had expanded”

Henry and his big heart were taken to the Southern Counties RCVS Hospital where he had to undergo a procedure that Lee described as a new, pioneering procedure that has only been employed for 5 years, he also told me that it had only been successful in 4 out of 6 cases. So the poor Murrells were beside themselves with worry. Luckily the procedure succeeded! Henry had the large side of his heart bound with a special medical material to stop it growing any further and had a pacemaker introduced in case of another heart attack. 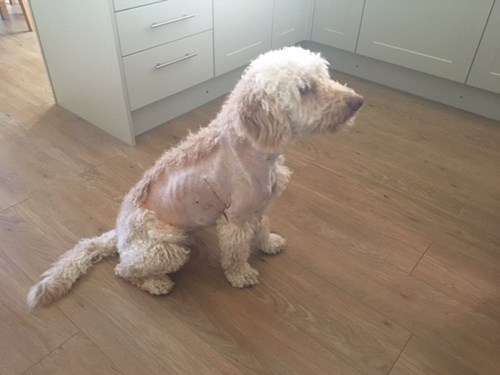 During his 10 days in the Hospital Henry made friends with all the staff and made a big impression, Lee said he stood patiently for vets when they needed to take blood samples which is pretty unusual! When he came home shaved and weak, Lee said Rupert the Vizsla was over the moon and had been “the saddest dog in the world” whilst Henry had been away.

Henry’s recovery had been tough and Lee’s wife had left her job in order to look after him. Henry has been finding it very difficult as he isn’t allowed to run around as normal yet and has to be on sedatives, he also lost a lot of weight (19kg to 14kg). But in the first week of August they went back to the vets, amid tears from staff members, and he was given the all clear. Henry’s big heart should make a full recovery and Lee is very grateful for the service he received from Agria.

“They have been amazing in a very stressful time”

Henry’s treatment cost £12,000 and through the worry the Murrells never had to worry about how they would pay for it because their Kennel Club Pet Insurance policy supplied by Agria was there to protect them. 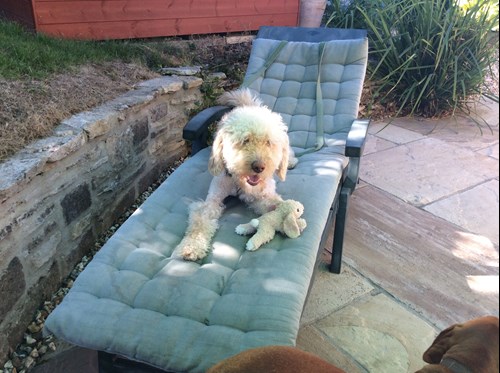 Christmas Pudding is not for Pets!