We are genuinely mystified as to the reason why so many of our Rehoming partners report that black cats have a hard time finding forever homes. Sadly, this does seem to be the case, and even the proportion of black cats we provide insurance for has fallen in recent years. However, they are still our third most popular cat colour behind black and white at number one, and blue, at position two.

“It is a sad fact that Black Cats are often overlooked and the last choice when people are considering adoption.Love knows no colour! Your cat doesn't care what colour YOUR hair is! And the # 1 reason to adopt a black cat is that Black Cats are the least likely to get adopted!”

While many of us think there is nothing luckier than a black cat crossing our path (and believe us, those that live with one feel that the are very lucky to have them in our lives!), black cats are seen as unlucky by some. And a more current, yet very sad reason that their popularity appears to have taken a hit is because they are considered by some as harder to photograph, and therefore, not so great on social media.

Well, not only do we think that this a terrible reason not to have a black cat in your life, but that it is also not true! So, this National Black Cat Day, we are inviting the families of wonderful black felines to enter our photo competition on Facebook and show the world just how beautiful black cats really are on camera!

Carolyn Menteith, Behaviour and Training Advisor at Agria Pet Insurance, says, “I always find it unexpected that black cats have difficulty finding homes as they are the most dramatic of all felines with an elegance all their own.

“If you need any more reasons to re-home a black cat, superstitions say that a black cat will bless your relationships, help you find money and ensure you have lots of suitors! Far more than that however, a black cat has just as much love to give as a tabby or ginger cat - and many owners report them as being calmer and more laid-back than other colours. While this may or may not be true, if you look at dogs, the black Labrador is thought of as being the calmer most patient of the three colours, so maybe this isn’t as far-fetched as it sounds.”

Agria Breeder Club member, Rosemary Fisher has been breeding and showing Persians for over 40 years, and has a very special black cat to thank for igniting her love of cats. Rosemary says, “My very first cat was a completely black long-haired moggy called Kosher, and owning him got me interested in going to a cat show, where I saw my first Chinchilla Persian, and that started me off wanting to breed and show Persians over 40 years ago.  I still love black cats, and would always want to own at least one.” 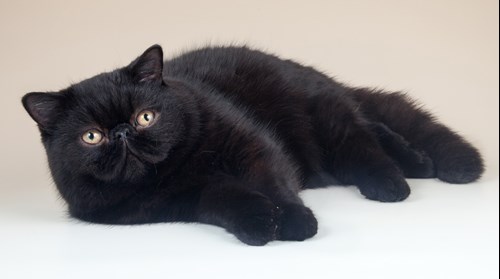 Jo Daley, owner of Bourbon, says, ‘We chose Bourbon, our rescue cat, because he’s such a handsome little fella and has the most beautiful blue eyes. I never thought twice about getting a black cat to be honest! Look at him, how could you say no!’ 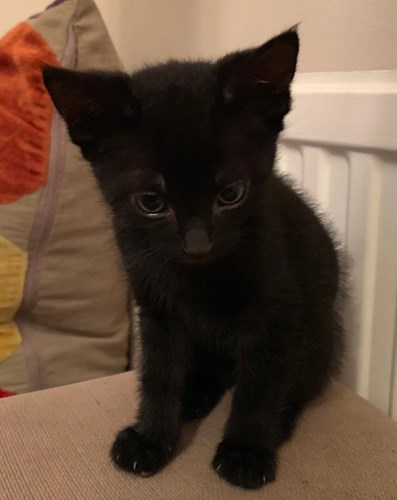 Each year on National Black Cat Day, we like to feature a black cat who is special to us in some way. This year we are dedicating Black Cat Day to Max who passed away on 8 October from thrombocytopaenia, aged only 5 months." 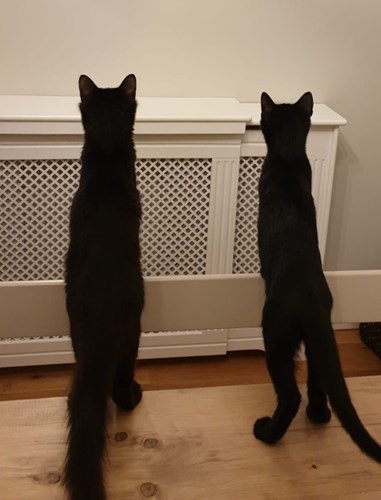 Sam & Michael had hoped to have many years with Max, who was very dear to them, but still feel blessed for the 10 weeks they shared with him, saying they wouldn’t have wanted it any other way.

So, if you are lucky enough to own a black cat, Happy National Black Cat Day to you and to them! And please share a photo of them on our Facebook page. The photo that is voted Agria’s favourite will win the owner a £50 Amazon voucher – ideal for spoiling their fabulous feline, and the rescue the top rescue cat was adopted from will win a fantastic luxury cat hamper!