Agria Pet Insurance - one of the world’s leading animal insurers – has announced the winners of its Pup to Old Aged Pup (OAP) competition.

The initiative, which celebrates dogs at all stages of their lives, sees the pet insurance specialist shine a light on the older dogs that have been instrumental in the lives of others. The nationwide competition also championed the superstar pup that is set to be the most promising graduate.

Brits have been casting their votes over the last seven days and the votes are now in with the winning dogs revealed as:

Magic, Medical Detection Dogs has been chosen by the public as the ‘Most Heroic’. 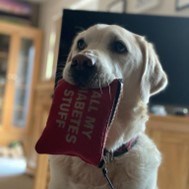 Magic has changed the life of his loving owner, Claire. He alerts her to oncoming Type 1 diabetes effects, which has previously caused her collapse, before Magic entered her life.

Magic provides a 5–10-minute warning, so that Claire can take the necessary medication to avoid injury or hospitalisation. As well as physically saving her life, Magic has given Claire independence and confidence. Before Magic, she was frightened to leave the house and sleep due to her illness. Now Claire works, goes out with friends and enjoys her hobbies.

The ‘Most Promising Graduate’ has been named as Dug, Support Dogs. 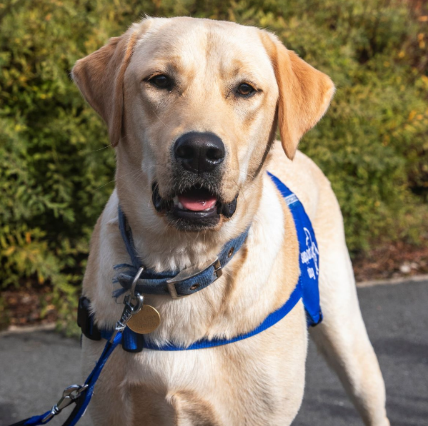 1 in 4 of successful support dogs come from rescue centres or were unwanted pets, brought in and trained to transform the lives of people with disabilities. Dug’s previous owners found that they couldn’t cope with the demands of canine ownership when the Covid-19 lockdown lifted.

He then moved into full-time training at Support Dogs’ training centre in Brightside and is living with volunteer foster carers in Rotherham.

Sheffield-based, Support Dogs is a charity that trains amazing dogs for people with autism, epilepsy, and physical disabilities. Last year alone, they provided over 600,000 hours of life-changing support to their clients.

Congratulations to all of the dogs shortlisted and especially to our winners - you are an incredbly special group of dogs and we are in awe of you all!

Proud sponsors of the Breed Rescue pens at Crufts!

How to show your love without treats