This statistic comes our from claims data that reveals a trend of increased incidences of poisoning around Christmas that has now continued for six years.

Maisy, a Welsh Springer Spaniel, was just six months old when she was left for just a few moments last December. During that short time, she discovered a box of mince pies inside a shopping basket, broke into the packaging and ate five of them, including the foil cases.

Knowing the dangers of mincemeat, and as she had eaten the foil too, Maisy’s owner, Tim, took her straight to the vet where she was treated and monitored for two days. Fortunately, Maisy recovered well, however the volume of raisins that she consumed could have been life-threatening without immediate veterinary intervention.

Tim Burns, Maisy’s owner, said: “This incident highlights just how quickly a determined, hungry young dog can get themselves into a potentially life-threatening situation. I’d urge all owners to be especially careful with toxic food near their dogs. We knew that mincemeat was dangerous, but Maisy surprised us with her ability to find it and eat it so quickly. We were very lucky that we could act immediately and that she was alright, as there could have been a totally different outcome.” 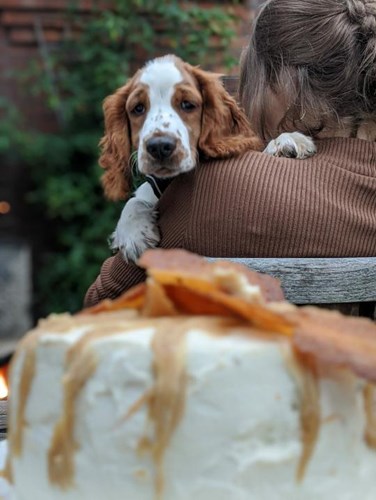 Indy is a black and silver German Shepherd, who was eight months old when last December. Due to being in lockdown, Indy’s owner, Janine, was hosting a family get-together in the garden, with mulled wine and mince pies. Having ignored the food throughout the gathering, Indy took her chance to grab three mince pies while the family was busy saying goodbye.

“Indy is like a ninja. She’s very sneaky and will wait until your back is turned or you’re out of the room and take her chance to steal food. Although I knew that dogs aren’t meant to eat mince pies, I hadn’t realised how dangerous they can be until the vet explained. Thankfully, Indy was totally OK and has suffered no after-effects,” said Janine Wallis, Indy’s owner. 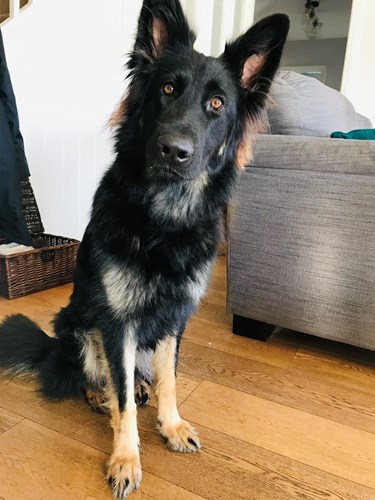 “Raisins and grapes can in some circumstances be highly toxic. Owners who think their pets have had access to foods containing raisins (which may be more likely over the Christmas period) should contact their vet for advice immediately.

“The treatment can be complicated and require hospitalisation for a number of days if the pet has had time to digest and absorb the food.

“Toxicity is very variable and unpredictable so your vet may have to treat your pet very aggressively before any symptoms develop just in case, because once damage is done it can be irreversible.

“It is always far better to be extremely vigilant and prevent access to grapes, or any food containing raisins.”

With an Agria Pet Insurance policy, you can access the free Pet Health Helpline, 24 hours a day, 7 days a week. The veterinary-trained team will advise on any concerns or queries that you may have over your pet’s health – much like the NHS 111 service for people. Call free on 03333 32 19 47.

Helping your dog cope this Christmas

Keeping your pets safe this Christmas!